A Nightmare on Easy Street

1% Land is a theme park event for AdVenture Capitalist, which began on October 20, 2017. It was supposed to start on October 13, 2017, but it was postponed one week. A replay started on March 9, 2018 with different rewards and unlocks. 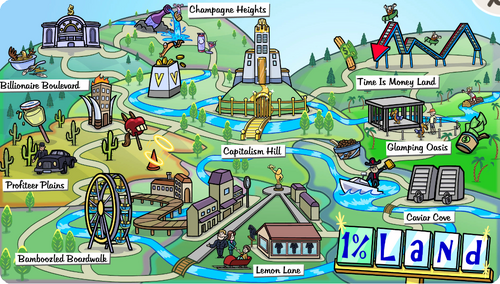 The event allows "gilding" of the investments for 45

each. Once gilded, an investment's profits are boosted x7.77.

The planet version has the easiest unlocks.

There are two gold upgrades specific to this event, which affect the Line Skip 3000.

Retrieved from "https://adventure-capitalist.fandom.com/wiki/1%25_Land?oldid=17233"
Community content is available under CC-BY-SA unless otherwise noted.